The means to accomplish this goal include the following:

As a first step, an inventory of websites has been generated to assist members in accessing and utilizing existing databases for musculoskeletal research. The IFMRS Big Data Website Inventory is divided into the following four categories:

Member societies can apply for an IFMRS big data session, with potentially some funding coming from IFMRS to support speakers based on speaker availability.

The Big Data Working Group, BDWG, will suggest topics and speakers for discussion with the relevant organising committees.  First priority will be to identify local/society speakers as first choice, for both time and cost efficiency.  Second priority, if there is no one suitable locally, the BDWG may suggest speakers from sister societies, who could be supported by the IFMRS. 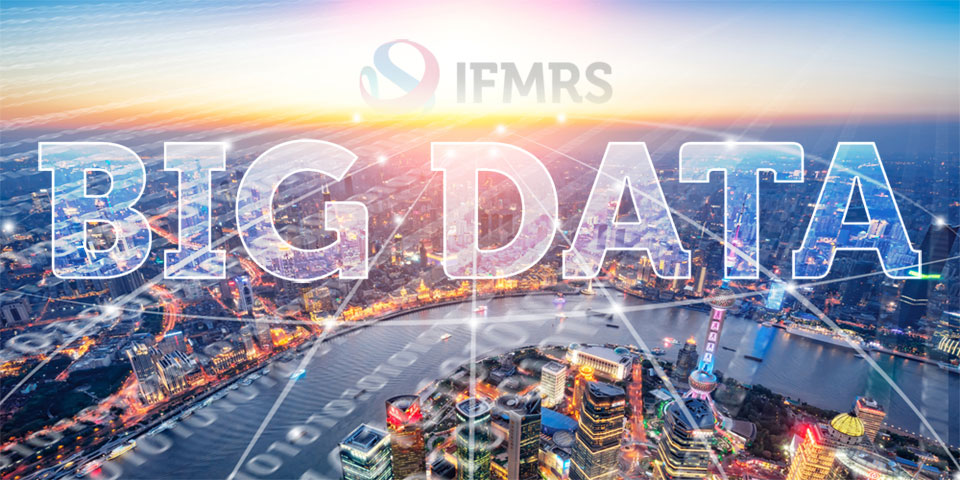 This inventory will continue to be modified with new information on a regular basis.

NOTE: The Encyclopedia of DNA Elements (ENCODE) Consortium is an international collaboration of research groups funded by the National Human Genome Research Institute (NHGRI). The goal of ENCODE is to build a comprehensive parts list of functional elements in the human genome, including elements that act at the protein and RNA levels, and regulatory elements that control cells and circumstances in which a gene is active.

This database includes human reference epigenomes and the results of their integrative and comparative analyses.

This is a web-based portal and supports the navigation of the Human Epigenome Atlas (above) and its interactive visualization, integration, comparison and analysis.

This is integrated into the UCSC Genome Browser.

This is the data repository site, allowing epigenomic data exploration, viewing and download for a diverse collection of data sets.

The Encyclopedia of DNA Elements (ENCODE)

The goal of ENCODE is to build a comprehensive parts list of functional elements in the human genome, including elements that act at the protein and RNA levels, and regulatory elements that control cells and circumstances in which a gene is active.

Database of Genotypes and Phenotypes (dbGaP)

This database is an archive of studies that have investigated the association between genotype and phenotype. dbGaP will serve as the NIH GWAS data repository.

Database of Genotypes and Phenotypes developed by the National Center for Biotechnology Information (a division of the National Library of Medicine of the NIH) in accordance with (http://gds.nih.gov/), to archive and share the results of studies that have investigated the association between genotype and phenotype. dbGaP serves as the NIH GWAS data repository. (Text sourced from NCBI)

Authorized access to the website housing the real data suitable for follow-up analyses of associations between genotypes and phenotypes is located at: https://dbgap.ncbi.nlm.nih.gov/aa/wga.cgi?page=login

Additional information on dbGaP can be found at: http://www.ncbi.nlm.nih.gov/sites/entrez?db=gap

Genome-wide Repository of Associations between SNPs and Phenotypes (GRASP)

GWASdb combines collections of traits/diseases associated SNP (TASs) from current GWAS and their comprehensive functional annotations, as well as disease classifications. The database provides following functions: (i) In addition to all the TASs that attained genome-wide significance (P-value < 5 x 10-8), manually curated the TASs that are marginally significant (P-value < 10-3); (ii) Extensive functional annotations and predictions for those TASs across multiple domains; (iii) Manually mapped TASs by phenotype according to Disease Ontology (DO) and Human Phenotype Ontology (HPO).

Online resource for clinicians and researchers interested in the genetics of osteoporosis. Provides updated and comprehensive list of validated associations between gene polymorphisms and osteoporosis traits. based on STREGA (STrengthening the REporting of Genetic Association Studies) criteria. Links to NCBI dbSNP and Gene resources are embedded.

Largest international collaboration of research groups worldwide studying the genetic basis of osteoporosis. GEFOS applies meta-analysis of GWAS with replication in follow-up studies, to identify common risk gene variants forosteoporosis. The full length of results of the GWAS meta-analyses are released to the public domain for subsequent mining and facilitation of new investigations using the data.

International collaboration aiming to provide a catalogue of common human genetic variation. All of the data generated by the project, including SNP frequencies, genotypes and haplotypes, are placed in the public domain and are available for download. Main use of the HapMap catalogue is as reference for imputation of GWAS datasets for multiple different ethnic groups around the world.

Flexible web-based open source database designed to collect and display variants in the DNA sequence. Focus on classifying deleterious potential (i.e. a disease-causing variant or mutation), and used to diagnose and advise patients carrying a genetic disease. Patient information is usually only accessible for registered users. Contains more than 124,000 unique variants in 5175 genes from 162,000 patients.

Integrated database developed by the Study Groups of Millennium Genome Project (MGP) with emphasis on Alzheimer’s disease, Cancer, Diabetes Mellitus, Hypertension, Bronchial Asthma and Pharmacogenetics (SGMGP). Contains polymorphism information at JSNP and other SNPs, including those discovered in MGP can be queried by gene, disease or proteome database.

This database integration program has been going for arrangement data of life science as integrated database enterprise of JST. GWAS-DB promotes to manage the genome-wide association analysis data permanently and to research disease gene by sharing information among researchers. That project is a subsequent PJ of “Integrated DB PJ” in MEXT and has been going for three years from 2011.

Tool for exploring annotations of the noncoding genome at variants on haplotype blocks, such as candidate regulatory SNPs at disease-associated loci. Using ENCODE experiments on gene regions, linked SNPs and small indels can be visualized along with their predicted chromatin state, their sequence conservation across mammals, and their effect on regulatory motifs.

The ENCODE Consortium is an international collaboration of research groups funded by NHGRI. The goal of ENCODE is to build a comprehensive parts list of functional elements in the human genome, including elements that act at the protein and RNA levels, and regulatory elements that control cells and circumstances in which a gene is active. From the UCSC Genome Browser website there are numerous genomic and transcriptome data sets available for download or on-site visualization/analysis. Several osteoblast datasets are currently available, however other bone-associated lineages are poorly represented.

The Genotype-Tissue Expression project (GTEx) aims to create a comprehensive public atlas of gene expression and regulation across multiple human tissues. The resource will provide valuable insights in to the mechanisms of gene regulation, aid in the interpretation of genome wide association studies, and enable studies of expression quantitative trait loci (eQTLs), alternative splicing, and the tissue speciﬁcity of gene regulatory mechanisms. As of this time there is no specific data for bone-related tissues, however adipose and skeletal muscle are represented.

Ensembl is a joint scientific project between the European Bioinformatics Institute and the Wellcome Trust Sanger Institute, and aims to provide a centralized resource for geneticists, molecular biologists and other researchers studying the genomes of vertebrates and other eukaryotic organisms. Ensembl functions as a full-featured resource similar to NCBI or UCSC Genome Browser, providing reference annotations, genome visualization tools and experimental data from numerous models and tissues.

FANTOM is an international research consortium established by Dr. Hayashizaki and his colleagues in 2000 to assign functional annotations to the full-length cDNAs that were collected during the Mouse Encyclopedia Project at RIKEN. FANTOM has since developed and expanded over time to encompass the fields of transcriptome analysis. The object of the project is moving steadily up the layers in the system of life, progressing thus from an understanding of the ‘elements’ – the transcripts – to an understanding of the ‘system’ – the transcriptional regulatory network, in other words the ‘system’ of an individual life form.

Website of the bioinformatics section of the department of genetics of the university medical hospital in Groningen (UMCG), the Netherlands providing software tools and background information for the analysis of gene expression datasets, data quality control and gene network prioritization tools. Containing five tools:

miRBase is a frequently updated repository for all miRNA information. Each miRNA entry is species specific and includes old nomenclature as well as the current standard and official symbol. The genomic location, sequence, stem-loop structure, and brief description of miRNA identification and known biological functions are described with associated references and links to external databases. Importantly, for each mature miRNA processed for the pre-miRNA stem-loop, miRBase provides links to both validated and predicted target databases.

DIANA Tools provides a robust set of search tools, software and databases for the analysis of expression regulation, miRNA regulatory elements and targets, and evaluation of ncRNAs in various diseases. Tools for miRNA target prediction include: microT/microT-CDS and TarBase. The mirPath and DIANA-mirExTra tools provide pathway analysis and expression data analysis functions that highlight ontology terms, which may be bone-associated categories.

The microRNA.org website is a comprehensive resource of microRNA target predictions and expression profiles. Target predictions are based on a development of the miRanda algorithm which incorporates current biological knowledge on target rules and on the use of an up-to-date compendium of mammalian microRNAs. The target sites predicted by miRanda are scored for likelihood of mRNA downregulation using mirSVR, a regression model that is trained on sequence and contextual features of the predicted miRNA::mRNA duplex. Expression profiles are derived from a comprehensive sequencing project of a large set of mammalian tissues and cell lines of normal and disease origin.

Lncipedia.org is a novel integrated database of 32,183 human annotated lncRNA transcripts obtained from different sources. In addition to basic transcript information and structure, several statistics are calculated for each entry in the database, such as secondary structure information, protein coding potential and microRNA binding sites.